Stem cell technology can save lives 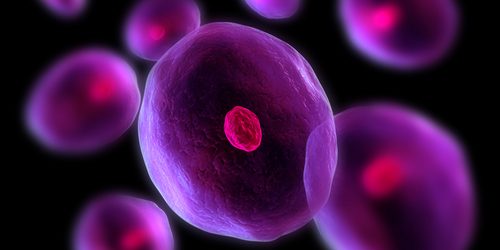 No parent would want to see their children suffer from illnesses. The good news is that there are a variety of treatments for such life-threatening diseases, one of which is hematopoietic stem cell transplantation.

Cord blood stem cells, for one, are widely utilized in stem cell transplantations because of the hematopoietic stem cells that are derived from umbilical cord blood. HSCs, also found in bone marrow, replenish blood, regenerate the immune system, and can differentiate into red blood cells, white blood cells, and platelets. This is why blood-related cancer patients sometimes receive HSC transplantation after chemotherapy and radiation therapy, which otherwise kill healthy blood cells.

Case 1: Cord blood to the rescue

In 2001, Ryan Foo was suffering from leukemia at a tender age of three. Despite a nation-wide search for bone marrow stem cells in Singapore, a suitable donor could not be found. Fortunately, baby sister of Ryan, Rachel, was born during that critical period, and her cord blood was collected, processed and stored prior to being used for Ryan’s transplantation in Singapore in 2002. It was a blessing that Rachel was a perfect match to Ryan. Ryan has been in remission ever since.

Moinam Pal from India is an example of how cord blood stem cells can be an effective treatment for thalassemia. When he was barely a year old, Moinam was diagnosed with thalassemia, known to take the lives of most children before they become 10 if left untreated.

The cord blood stem cells of Moinam’s newborn sister were also a perfect match to Moinam. Since the HSC transplantation in 2011, Moinam has fully recovered. .

“The case of Moinam is proof of how powerful cord blood stem cells are, and its life-saving benefits,” said Dr. Arvin Faundo, medical director of Cordlife Philippines.

Ryan’s and Moinam’s stories are only two of the many success stories of Cordlife Group Limited. The Group, which Cordlife Philippines is a wholly-owned subsidiary of, have released cord blood units to successfully treat various life-threatening diseases globally, including Moinam’s and Ryan’s.

In the local setting, Cordlife Philippines offers Filipino parents the choice to save their baby’s cord blood through its cord blood banking service, in case of medical treatments he/she or a sibling may need in the future.

“Through cord blood banking, the parents have the option to utilize the cord blood stem cells to save a child’s life when such eventualities occur,” said Faundo.