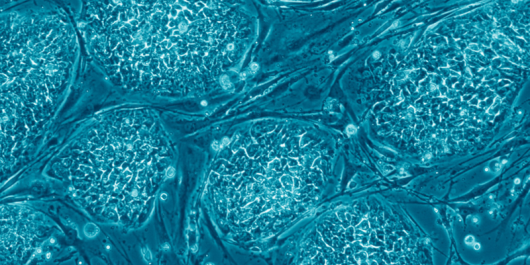 Stem cell-based gene therapy holds promise for the treatment of devastating genetic skin diseases, but the long-term clinical outcomes of this approach have been unclear. In a study online December 26th in the ISSCR’s journal Stem Cell Reports, published by Cell Press, researchers evaluated a patient with a genetic skin disorder known as epidermolysis bullosa (EB) nearly seven years after he had undergone a gene therapy procedure as part of a clinical trial. The study revealed that a small number of skin stem cells transplanted into the patient’s legs were sufficient to restore normal skin function, without causing any adverse side effects.

“These findings pave the way for the future safe use of epidermal stem cells for combined cell and gene therapy of epidermolysis bullosa and other genetic skin diseases,” says senior study author Michele De Luca of the University of Modena and Reggio Emilia.

EB is a painful condition that causes the skin to be very fragile and to blister easily, and it can also cause life-threatening infections. Because there is no cure for the disease, current treatment strategies focus on relieving symptoms. To evaluate stem cell-based gene therapy as a potential treatment, De Luca and his colleagues previously launched a phase I/II clinical trial at the University of Modena and recruited an EB patient named Claudio. The researchers took skin stem cells from Claudio’s palm, corrected the genetic defect in these cells, and then transplanted them into Claudio’s upper legs.

In the new study, De Luca and his team found that this treatment resulted in long-term restoration of normal skin function. Nearly seven years later, Claudio’s upper legs looked normal and did not show signs of blisters, and there was no evidence of tumor development. Remarkably, a small number of transplanted stem cells was sufficient for long-lasting skin regeneration.

Even though Claudio’s skin had undergone about 80 cycles of renewal during this time period, the transplanted stem cells still retained molecular features of palm skin cells and did not adopt features of leg skin cells. “This finding suggests that adult stem cells primarily regenerate the tissue in which they normally reside, with little plasticity to regenerate other tissues,” De Luca says. “This calls into question the supposed plasticity of adult stem cells and highlights the need to carefully chose the right type of stem cell for therapeutic tissue regeneration.”